The push for stricter gun-control legislation has become a central theme of American life in 2018. Indeed, Kantar research indicates that Americans believe it’s one of the greatest challenges the country currently faces. But are Americans as divided on this issue as we seem to be on almost everything else?

A survey of more than 1,000 Americans conducted by Lightspeed conducted between March 10 and March 22 indicates that there is more common ground about guns than one might expect.

Do You Own a Gun?

There’s no official government count of how many Americans own a gun. That said, a range of surveys show that gun ownership is far from the norm. Our survey showed the same, with only 20% of Americans saying they currently owned a gun. As one might expect, gun ownership rates were higher among respondents in rural areas and among Republicans. And yet, even in those groups gun ownership was below 30%. 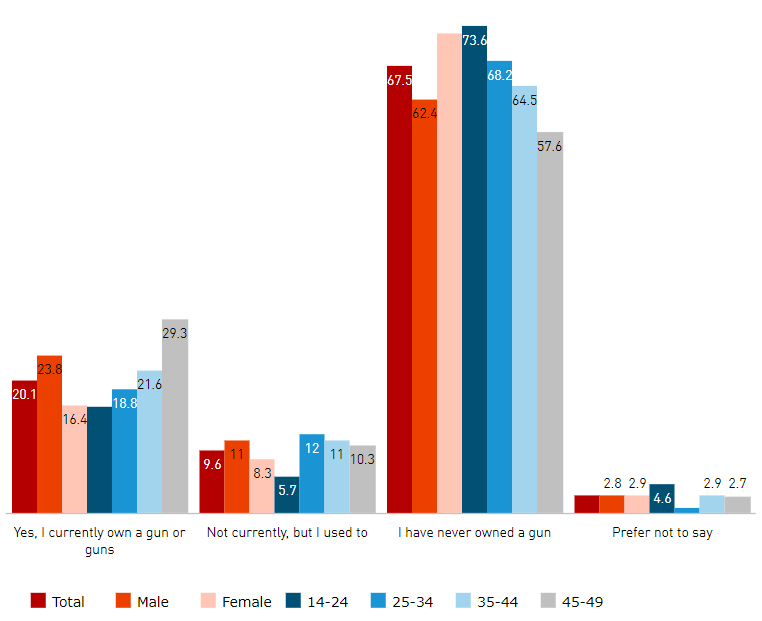 When Do You Need a Gun?

Among those who do own a gun, and those who know someone who owns a gun, the top reason for having firearms is “for my daily protection.” But is there a need for “daily protection” in America? It’s debatable. The data certainly suggests there’s no more need for protection today than there was in the past. Reports of violent crimes have fallen drastically over the last 20 years.

Given that, we asked respondents to tell us if they had ever found themselves in a scenario in which they thought ‘I wish I had a gun.’ Some 53% said no, and only 17.9% said they wished they had one for protection during an incident. 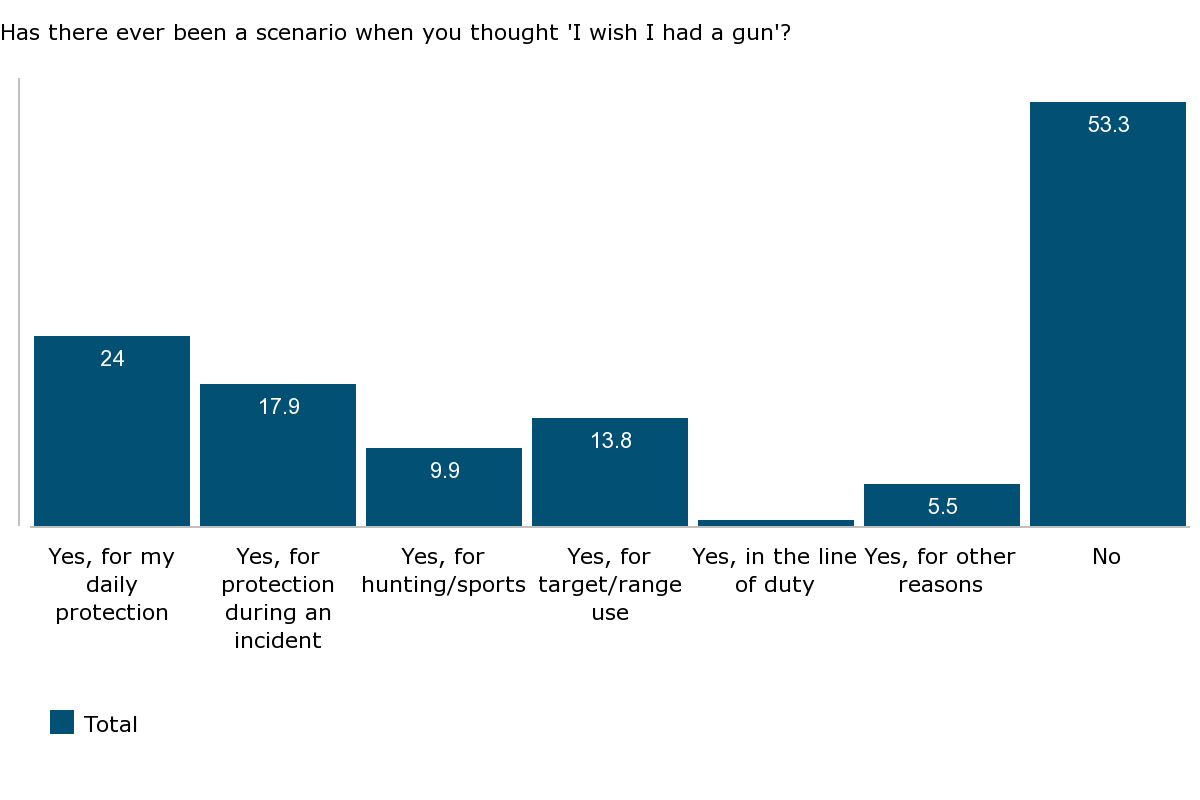 How Should The Second Amendment Be Interpreted Today?